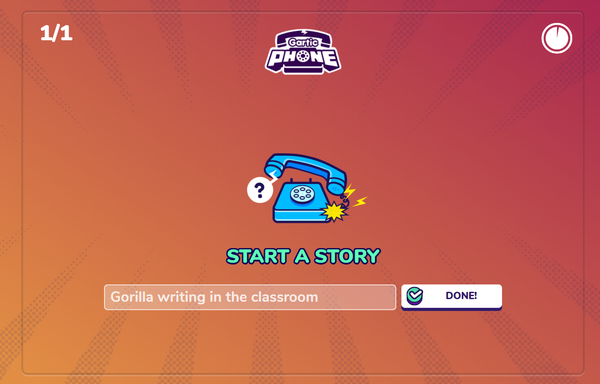 Gartic Phone is another up-and-coming popular video game to play with friends. This game is particularly nice to play if you’re not into action games or if you just like to hang out with friends. Gartic Phone is very similar to the game “Telephone,” but instead of whispering words to players, it involves guessing and drawing.

First off, players must each type a prompt into the game system. The prompt can be anything, and will be the subject that the next person draws. After the prompts are written, they are randomly assigned to players so that they don’t receive their own. Players must, to the best of their abilities, draw a picture that depicts the prompt and conveys the message. After the timer is up and players are done drawing, the pictures are then rearranged again and sent to new players, who are then asked to type in a new prompt depending on what they see in the
drawing. They will describe the picture and try to get as close to the original prompt as possible. Like one might guess, the prompts are sent out and the pattern continues until everyone has either drawn or guessed one of the prompts.

Gartic Phone is a great game to play with friends if you’re looking for a chill game with tons of laughs. This game is really funny because there tends to be a substantial difference between the original prompt and the ending prompt, and it’s extremely funny to see how the prompt got there, and which friend was the one who turned it around.

Overall, Gartic Phone is a very fun and silly game to play with a group of friends, but can also be nice because it deviates from the typical action or survival game because it is simply just a game for a group to enjoy and chat with each other. So if you know a group of friends who you think Gartic Phone would be fun to play with, definitely check it out because it’ll one hundred percent get you smiling and in a good mood.