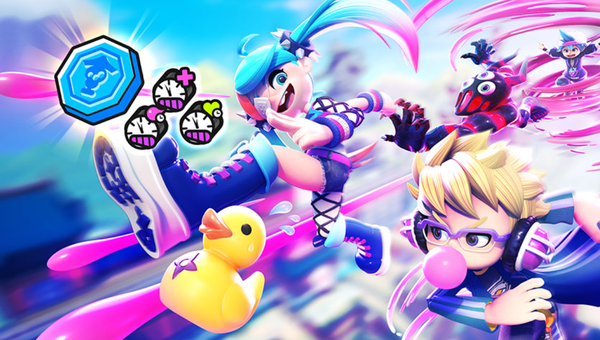 If you’re into action and competitive battle games, you’re sure to like Ninjala. This game can be played in two ways, both of which can support up to eight players, both real players and online NPCs.

To start off the game, players need to select and customize their avatars. These avatars will be the characters that will represent you in battle. Avatars may customize just about anything, including shoes, clothes, hairstyles and color, hats, and stances.

The two types of gameplay are Battle Royale and Team Battle. Battle Royale includes eight
players, all fighting against each other for the top spot. Team Battle splits the eight players into teams of four, who will work together to defeat the other team.

Every battle will take place on a certain map, which will have built-in obstacles and boundaries that players will have to navigate. Among these obstacles are drones, which are not on any specific team but will still try to take you out.

Players will need to craft weapons, which resemble pool noodles, in order to defeat drones or
knock out opponents. At a certain point, players can begin upgrading and enlarging their
weapons, making them harder to defeat.

At the end of the match, either when one player remains in Battle Royale or one team is left
standing in Team Battle, players will earn scores based on the amount of S-Energy they have
harnessed, which comes from defeating other players and drones. The higher the score, the
higher you will be ranked. Ranking higher will allow players to unlock new items.

Ninjala is a great game to play if you’re into cartoon-ish gameplay. It’s also a fun way to promote a sense of friendly competition among friends and family. Over the summer, if at any time you find yourself bored, definitely check out Ninjala, which is available on Nintendo Switch.