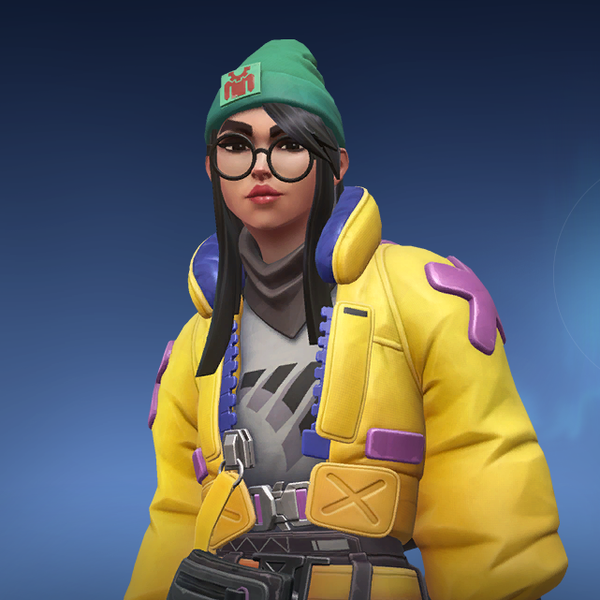 Killjoy is considered the “gadget girl.” She comes from Germany, and uses her arsenal of gadgets and inventions to take over the battlefield. Classified as a Sentinel, Killjoy is able to use her abilities to maintain firm control over the territory held by her team. Killjoy is less of a fighter, since her inventions do most of the fighting for her.

“Alarmbot” is Killjoy’s first ability. With this power, Killjoy is able to equip a tiny robot that cannot move. Once an enemy is within range of the Alarmbot, the bot will explode and make the enemy player extremely vulnerable. Once in a vulnerable state, Killjoy only needs to tap the enemy to get a kill. And whenever Killjoy decides there is a better position for the robot, she can always recall the Alarmbot and place it elsewhere.

Killjoy’s second ability is called “Turret.” Killjoy is able to equip a turret-like divide anywhere on the map. This turret can fire at anyone within a one hundred and eighty degree range. Once an enemy has been spotted in the line of sight of the turret, the turret will fire at the player, dealing damage. The turret can be destroyed by an opposing player, but it is difficult to do so. Like the others, the turret may also be recalled and placed somewhere else on the map.

“Nanoswarm” is Killjoy’s next third ability. This gadget is a small nanoswarm grenade, that can be thrown anywhere in range. Once the grenade has landed, it will stay in that position until activated. After activation, an army of nanobots will be released and will swarm the surrounding area, damaging any enemies in their midst. This device is highly damaging to other players.

Killjoy’s ultimate ability is “Lockdown.” Killjoy is able to deploy a lockdown device wherever on the map. After winding up, the device is able to detain all enemies within a certain radius of the device. The detainment lasts a few seconds, but makes the enemy immobile and holds them in place. However, enemy players may destroy the gadget before it is able to detain anyone.

Because Killjoy isn’t much of a fighter, players who try her need to be strategic thinkers and patient players. If you can check those boxes, you’ll find Killjoy is very fun to play because her array of robots and gadgets make it easy to form an organized attack and strong defense.