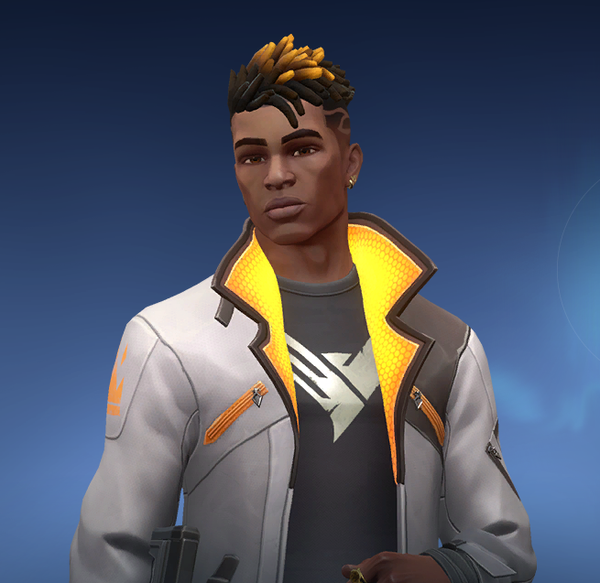 The first ability Phoenix is able to use is called “Curveball.” Phoenix can equip a flare ball and throw it around any corner, hence “curve” ball. The flare will detonate upon impact, and any players within the area during the detonation will be blinded. But, Phoenix can blind his allies and himself with these orbs, so you have to be careful. Players who have been temporarily blinded will have their heads encompassed by a yellow orb so players are able to tell who can or cannot see. This power up is especially nice because it allows Phoenix to shoot at players without revealing his location.

Phoenix’s second ability is called “Hot Hands,” and it enables him to throw fireballs that explode after hitting the ground. The explosion causes a fire zone, and enemies caught within this zone will take damage. This skill is useful because it can also heal Phoenix’s wounds. By standing in the fire zone, Phoenix will heal a certain amount of health, which can be extremely valuable in battle.

“Blaze” is Phoenix’s third ability. This power allows Phoenix to erect a wall of flames over a certain distance. This can help to wall off or isolate certain areas of the map, which is helpful when planning battle tactics. Players who pass through the wall will take damage and their vision will be blurred and hazy for some time. Phoenix will also heal by crossing through the flame wall.

Phoenix’s ultimate ability is called “Run It Back.” Wherever this ability is activated, a marker is placed. Then, a timer will appear, and begin counting down the time the ability has left. Once the timer is either up or the player has died in battle, Phoenix will automatically respawn at the placed marker with full health. This power is basically a revive, but Phoenix has the chance to run into battle without worrying about dying, since Phoenix will respawn at full health anyways.

Phoenix is a great player to use if you want to try out a front-line dueler. This agent is also good for those who are just beginning to get a hang of the game because it offers many chances to heal yourself.