Between Ourselves: An In-Depth Guide to the Popular Game Among Us 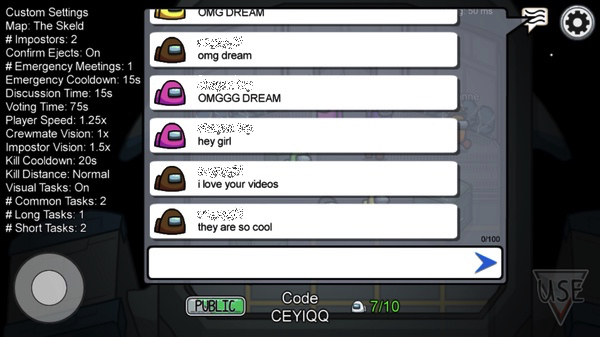 September: the month that marks the beginning of many things. School, autumn, the usual and expected things. Although, one thing that wasn’t expected was probably the popularity of an awfully simple game.
The game? Among Us.

Originally released in June of 2018, this game did not gain popularity until 2020. Many famous Twitch streamers and Youtubers began to play and stream the game, which is said to have contributed to its current popularity. Unlike other popular games, such as Fortnite or Minecraft, this game isn’t known for its graphics or utter complexity. Instead, it’s awfully simple, and can be compared to the game Mafia.

Originally made in 1986, Mafia is an imposter game. It’s also commonly called Werewolf, and the only difference between the two is certain role names. In terms of Mafia, there are three roles: innocent, the mafia, and a narrator. The players all go through (not real life) phases, called day and night. At night, the mafia (who are unknown to the players) are chosen to kill one of the innocent players. Then, when the day comes, the remaining players (both the mafia and the innocents) come together and try to decide who the mafia member is. Players will usually ask each other questions, such as “John, where were you last night?”. Since this game does involve the players’ imagination, the answers to these questions could be things such as “Oh, I was out on a midnight walk”, anything to keep them from sounding too suspicious. Mafia members must try their best to blend in and appear like another innocent person, so they don’t get kicked out. Those who know they are innocent must try to deduce who is a mafia member. Players who seem a bit too suspicious with their answers are usually “killed” (although I have played a game where “yeeted” was used) due to suspicions that they are a member of the mafia and are forced to leave. This cycle continues with the mafia killing players and all the players trying to vote out who they think is part of the mafia. The game ends when either the number of mafia members is more than the number of innocents, or when all the mafia members are killed.

The game Among Us is basically the same, as both games have the same objective. However, there are several differences. Firstly, there is no narrator- the game automatically does that part for you. The innocent-and-mafia theme is all scrapped and replaced with a crewmate-and-imposter theme. Everyone is on a spaceship. The crewmates have to go and do tasks around the spaceship, and the imposters have to go kill all the crewmates and try to keep them from finishing their tasks. The crewmates win if they successfully complete all of their tasks or if they vote out the imposters. On the other hand, the imposters win if they kill enough crewmates so that there are more imposters than crewmates, or if they sabotage the ship and the crewmates are unable to fix it before the sabotage timer (imposters can sabotage the ship, and the crewmates have to fix the problem before a timer runs out).

I began playing the game in the middle of September, when all my friends told me that I should get it. I think it’s pretty fun, but a bit stressful the first time around. If you haven’t played yet, I would definitely recommend doing so (only if you have the time to, of course!). If you haven’t noticed yet, around 70% of all the memes in circulation these days are based off among us, so playing might help you understand them. It’s also a great way to pass the time or spend a break between work.

To be frank, some of the funniest things I see these days are Among Us related. It’s not just memes, even the gameplay can make you laugh. Since you can change your Among Us username whenever you want (to whatever you want), people often use some very funny and strange names. I’ve seen “poop” “ur mom” “me” and several others there. Even I have used some funny names- “Jeff Bezos” is in fact one of my go-to names (obviously, just as a joke). Once I even played as the popular Minecraft Youtuber Dream (if you have not heard his name yet, you have definitely not been on Youtube recently). Other players were surprised by me, saying “WOW DREAM” and “I LOVE YOUR VIDS”. Only thing is, they had no idea it was actually me, a random teenager, who was playing as Dream, as a joke.

While Among Us has risen in popularity in pop culture, so have explanations on how to win, too. Everyone likes winning. Videos that discuss how to win have been getting hundreds of thousands, and even millions, of views these days! After all, it is a social strategy game, and one must do their best to protect (or explain) their identity.

To recap, Among Us is pretty much electronic Mafia (or Werewolf). It’s been trending among Youtubers and students alike. It’s becoming more and more popular, and has even found its way into pop culture and memes. But now comes one thing I haven’t addressed: Will you play the game?